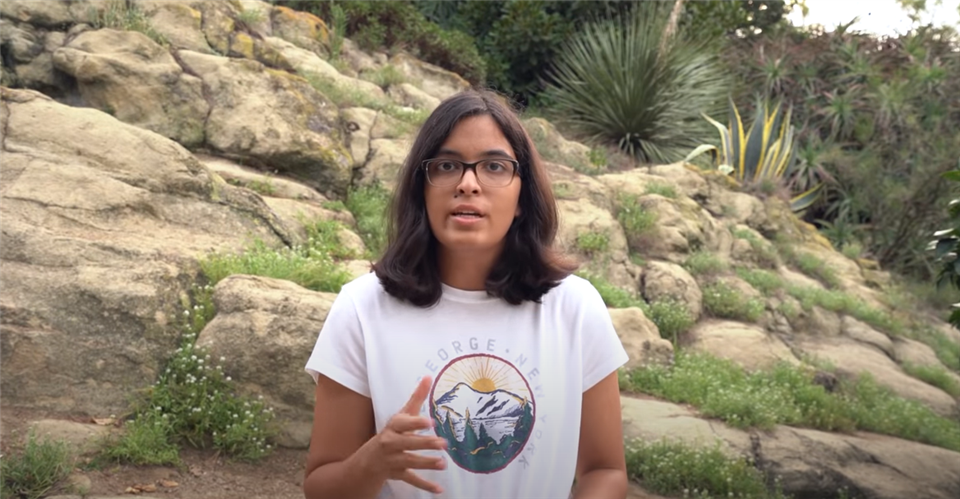 3/25/2021
By: Maurisa Jones
Junior Nadia Ansari Produces Impactful Documentary on Chronic Pain
Pain is not something that most of us associate with everyday life. Nadia Ansari ‘22, however, is all too familiar with chronic pain, and her journey to pain relief hasn’t been much of a walk in the park.
Ansari’s first experience with unexplainable pain was in middle school while attending a debate camp -- the pain was so severe that she ultimately had to return home. After being diagnosed with Guillain-Barre syndrome, a rare disorder in which your body’s immune system attacks your nerves, Ansari and her doctors developed a comprehensive pain management treatment plan that was tailored to her needs.
Her trials and tribulations provided invaluable information but also inspired Ansari to focus on what she could do to help youth within the chronic pain community. It was important to her to help others understand that they were not alone in their struggle with chronic pain and that there were options for pain relief.
Shortly after this revelation, production on her documentary, “The Invisible Condition,” began. The Dragon Kim Foundation provided resources and advice as Ansari developed the documentary direction.
“The documentary format for me was the best way to share the message of what was going on in those with chronic pain,” Ansari said. “There are so many that struggle with how to explain what they are feeling and I think it is so important for me to validate that what they are feeling is real.”
“The Invisible Condition” has gained over 38,000 views since September 2020. The success of the documentary has also led Ansari to other projects with organizations like the International Children’s Advisory Network (ICAN) as well as Creative Healing for Youth in Pain (CHYP). She has also received awards from the Indie Film Festival as well as the Best Shorts Competition, resulting in the film being named in the top 100 most influential films in Orange County. These projects will help to continue to provide spaces where youth and families can find information about chronic pain, she said.
Her inspiring work is far from finished and she even aspires to open up her pain clinic one day.
Ansari looks forward to continued opportunities to educate the public on chronic pain as well as advocating for whole-person health approaches for patients with chronic pain.
Click here to watch Nadia Ansari's documentary "The Invisible Condition".
Back