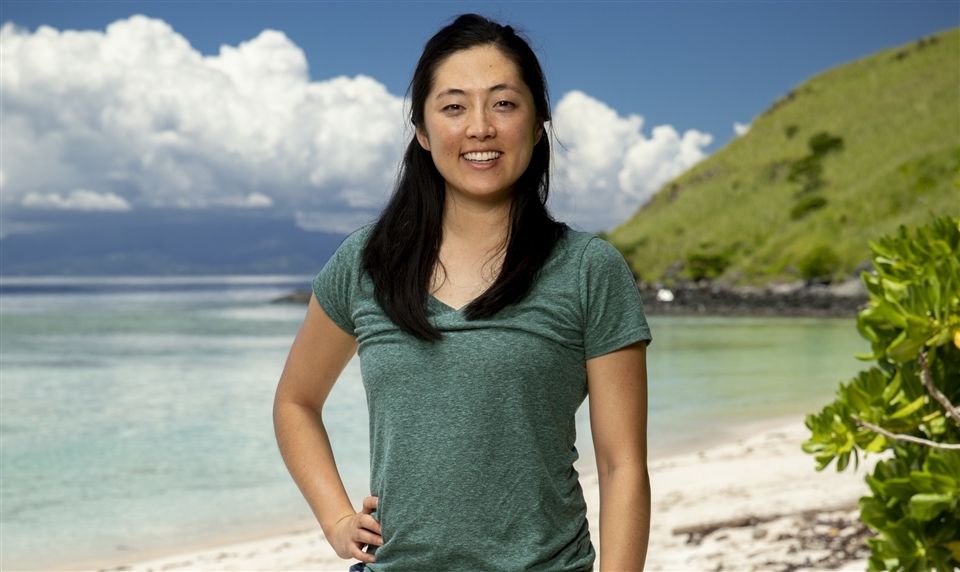 12/20/2019
Alumna Kellee Kim Speaks on Her 'Survivor' Experience
Sage Hill alumna Kellee Kim ‘08 lasted 22 days before being voted out 8th in the 39th season of Survivor: Island of the Idols. She became part of the jury who would ultimately decide the winner, who was revealed during the season finale on Wednesday, December 18.

Kim’s appearance on the show was unfortunately marked with controversy that stemmed from Kim speaking up against unwanted touching from another contestant, Dan Spilo.

Her complaints against Spilo started in the season’s first episode and continued until she was voted out in a blindside two tribal councils after the merge. Spilo remained in the game and was only given a warning by producers. Several episodes later, Spilo was removed from the game after another, off-screen, incident that did not involve a fellow cast member.

Before she was voted out, Kim stood out as a strategic player. She was also the first female player in Survivor history to find multiple Hidden Immunity Idols in one episode, according to the Survivor Wiki.

We spoke with Kim via email after the finale aired, and she shared her thoughts about her experience on the show.

What was the most difficult part about filming Survivor?
Being hungry! I was hungry on Day 1! By Day 12, I was really struggling. I got really good at crabbing because I needed food so badly. Dean [Kowalski] and I would catch 12-13 crabs a day.

What do you think was your best game move?
That’s hard to say since I didn’t win!

How about the worst game move?
My worst game move was perhaps voting out Molly [Byman]. I really think we would have had an amazing alliance and been a force in the game!

How have you dealt with the reaction (both positive and negative) after being voted off in what turned out to be a pretty controversial episode?
It was very hard for me that Dan was allowed to remain in the game even after I spoke up. Unfortunately another person had to be impacted before action was taken. I can’t change the past, but I’m glad that the changes that I asked CBS and Survivor to make are being made. There are policies and procedures put into place so that this doesn’t happen again.

Are you happy with the way you were portrayed on the show? Looking back, did you get out of the experience what you were hoping to?
I think the edit generally does a good job of capturing the essence of people.

It seems so long ago that I was about to play Survivor, and do things that I had never done. I think I was looking to learn about myself and test myself. I thought that these tests would come in the form of strategy, not ethics.

What is the most valuable lesson being on Survivor (or its aftermath) has taught you?
There are so many people who have come up to me or reached out to me to tell me how much my story and my voice made a difference. At the live show, I had just gotten off stage, and the elevator was filled with people. Someone said, “I think we’ve all gone through something like this” and there was an overwhelming sense of gratitude for each other, our stories, and that moment. I will never forget it.

I learned that no matter who you are or where you are, you can make a difference by speaking up.

Is there anything you’d like to say to your fans/supporters?
Often, speaking up is scary and it is hard, and there can be consequences. But each story creates space for the next story, and all of these stories together can make real change happen. I stood up and I asked for institutional change, but I couldn’t have done it without the overwhelming number of people who supported me, believed me, and shared their own stories. This is the story of one voice that became many, and many voices who made a change. Thank you to each and every person who spoke up, tweeted, commented, sent letters and emails, and shared their own stories.
Back