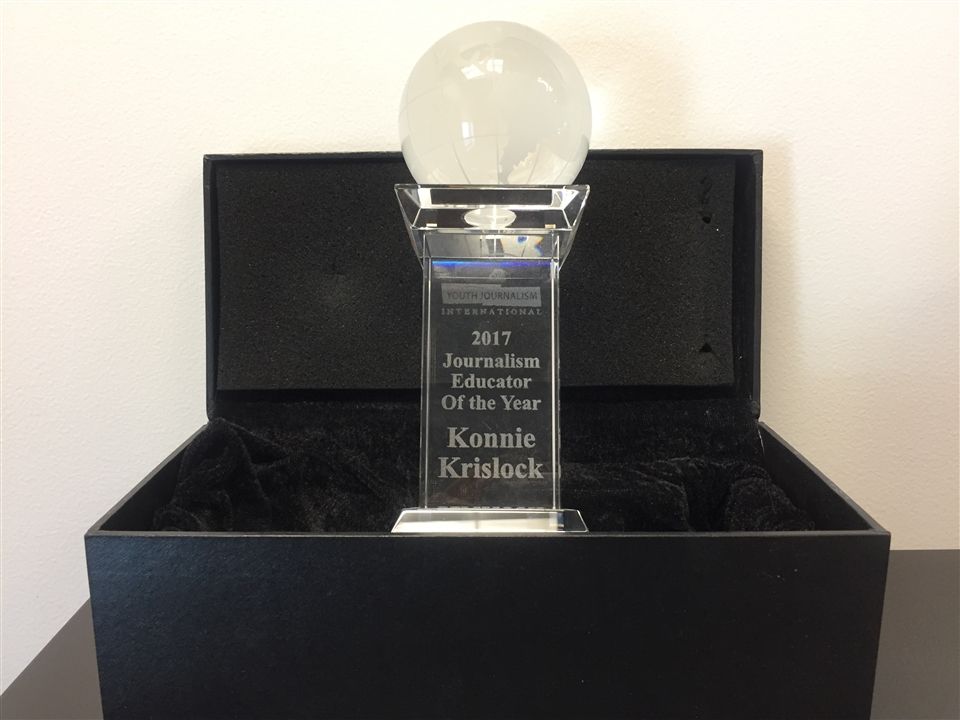 As advisor to The Bolt student newspaper and The Storm yearbook, her passion for journalism was always evident.
“Courage is at the core of Konnie’s journalism,” said the Bolt’s former opinion editor, Julia Dupuis, who nominated Ms. Krislock for the award. “She shapes her students to raise questions that challenge readers and make them think. Her intense (and sometimes slightly terrifying) focus is on helping young people speak the truth with sincerity and passion.”

Ms. Krislock was an “easy pick” for the award, shining through an “impossibly gifted field” of nominees, according to the Youth Journalism International website.

“This has been a fantastic five years working with remarkable Sage Hill School students to build an award-winning Publications Staff that is a credit to this campus. What a way to finish a year's worth of student accolades and honors,” Ms. Krislock said. “For a student to have nominated me for this award is awe-inspiring, especially when that student — Julia Dupuis — was considered the ‘soul’ of our publication and one of the most-honored 2017 graduates.”

The international contest, now in its eighth year, received entries from hundreds of students around the world. There were winners from nine countries on five continents, as well 20 states in the U.S.
Back