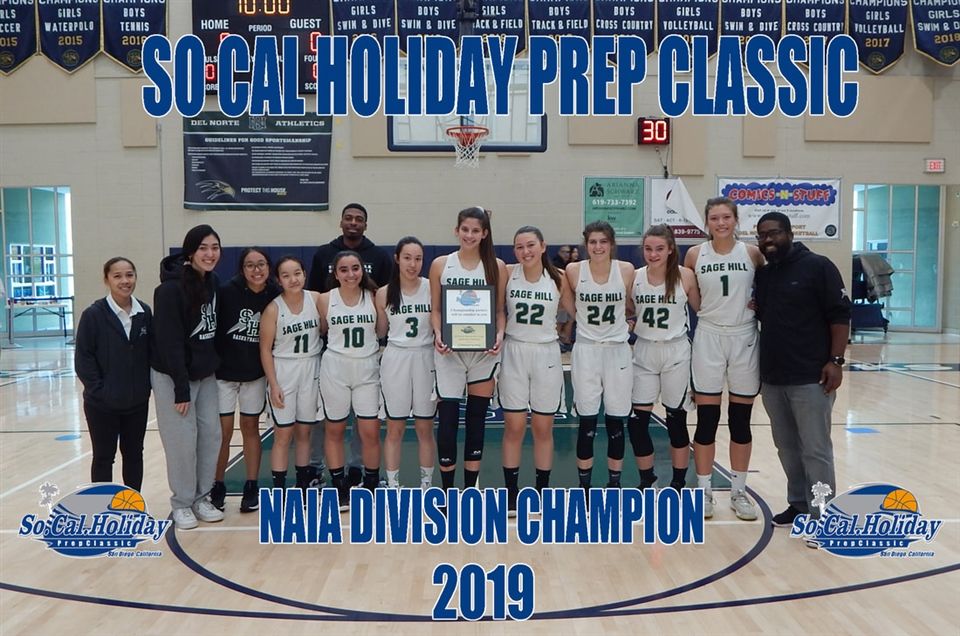 The Lightning team went 4-0 in the tournament and won the championship game, 62-57 in overtime, according to Head Coach Kerwin Walters.

“This was the best performance we have had in this tournament and our first tournament championship win in the past 8 years,” Walters said.

This tournament helped the girls find their identity as a team, he said.

It showed that our team has grit. Most of the girls were a bit ill for the championship game but they fought for each other and preserved, Walters said. “We all got much closer and showed that we can compete against bigger schools.

Sage Hill headed into San Joaquin League play this week with a winning game against Avalon.

“We have an incredibly difficult league, and this tournament helped us get prepared to take on the challenges that the league brings,” Walters said.
Back